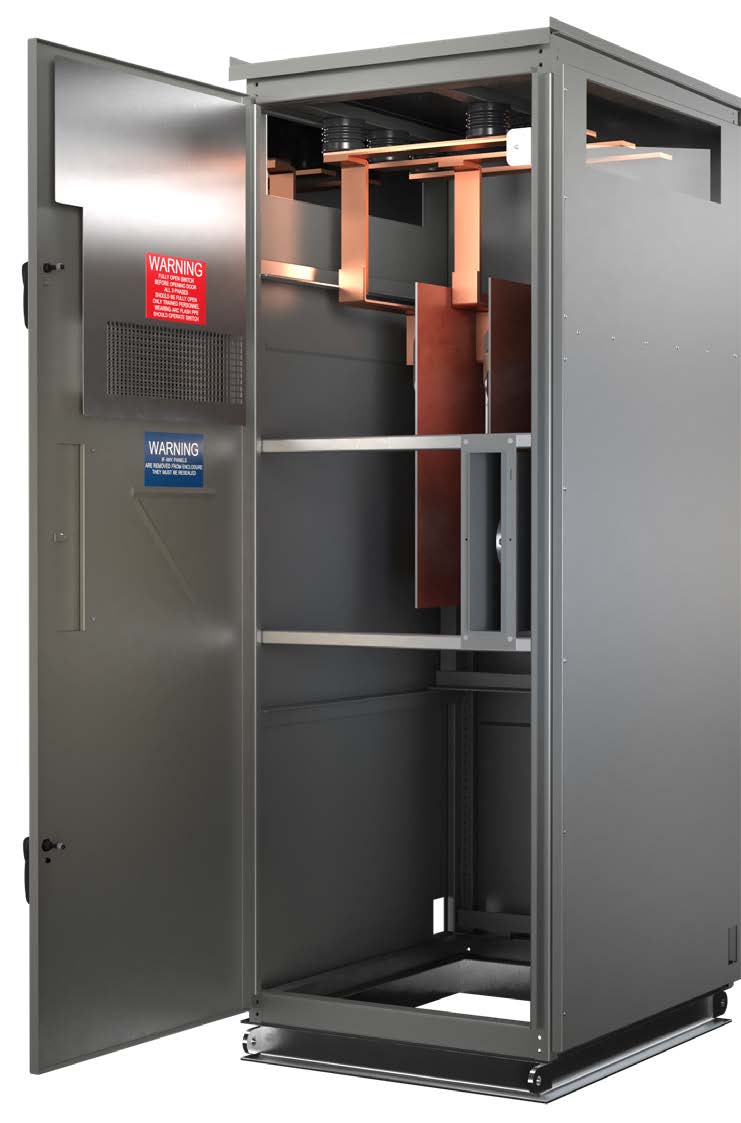 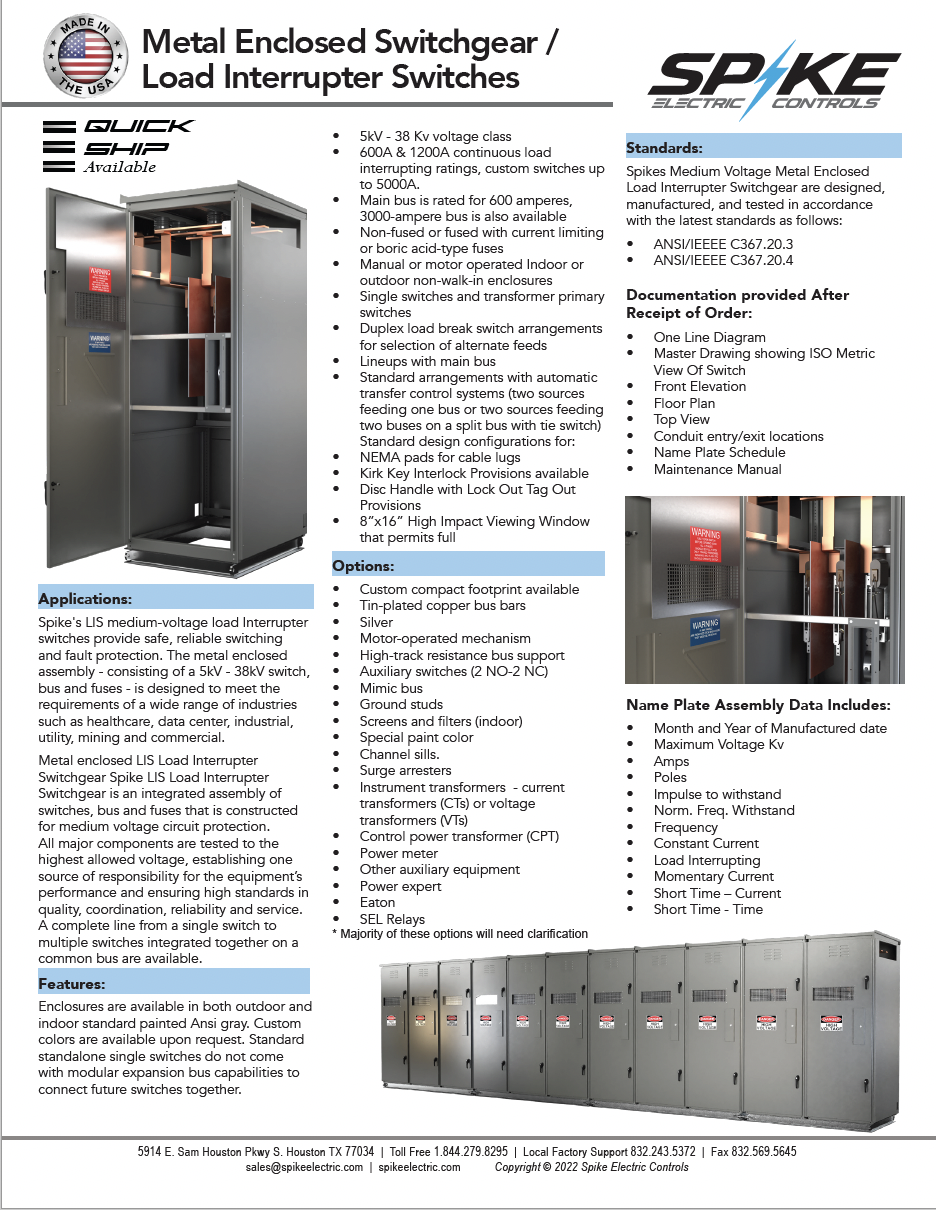 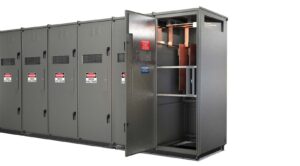 Metal enclosed LIS Load Interrupter Switchgear Spike LIS Load Interrupter Switchgear is an integrated assembly of switches, bus and fuses that is constructed for medium voltage circuit protection. All major components are tested to the highest allowed voltage, establishing one source of responsibility for the equipment’s performance and ensuring high standards in quality, coordination, reliability and service. A complete line from a single switch to multiple switches integrated together on a common bus are available.

Enclosures are available in both outdoor and indoor standard painted Ansi gray. Custom colors are available upon request. Standard standalone single switches do not come with modular expansion bus capabilities to connect future switches together. 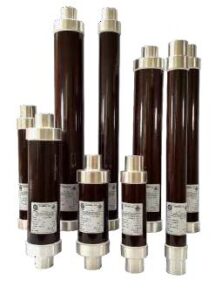 Its application is for protection against electrical failures of great magnitude. In the case of this type of failure, the fuse considerably reduces thermal and magnetic influences, providing excellent protection for electrical equipment, due to its current limiting effect.

For its application, the corresponding standards mentioned below must be taken into consideration. Mainly it is necessary to provide that the equipment to be protected also has secondary protections for those low-intensity electrical failures, which cannot be seen by a fuse, such as, for example, ground faults and / or any other fault in the area of the current I3. As these faults usually have their origin at the low voltage site of the transformer. It can be considered that the protection of the low voltage side will usually be enough to eliminate any type of low over currents at the primary site.

Each fuse has a striker and indicator system, for which the company obtained the corresponding patent. The striker system differs from an indicating system, in the sense that it operates with a greater mechanical force.

When the Fuse Element Operates

When installing the fuse in the corresponding fuse holder, care must be taken that the striker system is aligned with the eventual trip system of the disconnector and that this is sensitive enough for the striker system to operate.

Many times, the lack of maintenance or excessive contamination, causes the disconnector trip system not to operate or a greater mechanical force is required to activate it. In this case, the fuses with the striker system of the strongest mechanical force must be used.

"We provide our customers with the quickest delivery possible of our high-quality services."

The highest quality at the quickest speed.

Spike can deliver the same name-brand electrical gear in a fraction of the time. 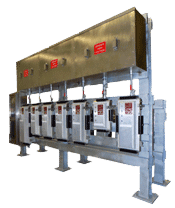